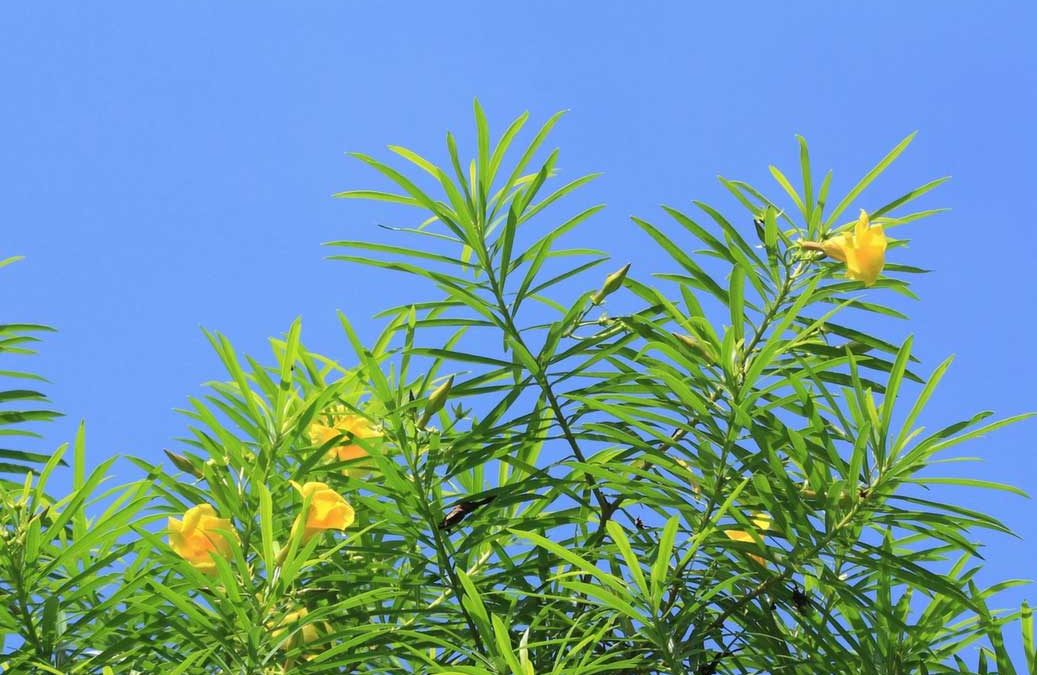 The Yellow Oleander plant (Cascabela thevetia syn:Thevetia peruviana) is not only a highly toxic plant that is poisonous to adults and children, but also to animals. In fact, the entire yellow oleander plant is poisonous from the leaves to the flowers, the stems to the seeds. The ingestion of as little as a single leaf can be enough to kill a child.

The Yellow Oleander is a common, outdoor woody shrub found in warmer climates, often used for edging freeways or gardens. It has fragrant, yellow, petunia-like flowers with poisonous sap. This plant is grown around Brisbane and in many tropical towns.

Whilst this plant is commonly referred to as an Oleander, it is, however, not related to the Nerium oleander. It is also known as the be still tree, Captain Cook tree, Cook tree, foreigner’s tree, lucky nut, or Mexican oleander.